What are your favorite small, single-purpose apps?

There are plenty of advanced, powerful software filled with enough features to do almost anything. And then there are the tiny utilities that don't do much, but that are great at what they do do.

Screenshot tools. Apps to write down virtual sticky notes. Calculators. A tool to search for the right emoji. An app to convert obscure measurements. The Unix philosophy said each software should be best at one thing, and these apps took that seriously.

What are some of your favorite tiny tools, the little software you'd miss if they disappeared and that only do one thing—but do it well?

Rocket is great; feels like something that should become a default OS feature eventually.

I love how Safari's address/search bar lets you search for open tabs, so I'll have to add Hare to Chrome to get that feature there!

Interesting you're using Sublime Text for personal notes! Are you using any packages/plugins to help with notes there, or just using Sublime to edit standard text files in folders?

Here are a few that I like for each platform:

This is made by a Microsoft team for Windows 10 that has many different types of utilities in it, such as a color picker, bulk renamer, File Explorer addons, and more. Specifically, there is one called FancyZones which is amazing for productivity. You can set up various zones on the screen and place your applications there, and they will stay there across desktops. You can save and reload these configurations as well. 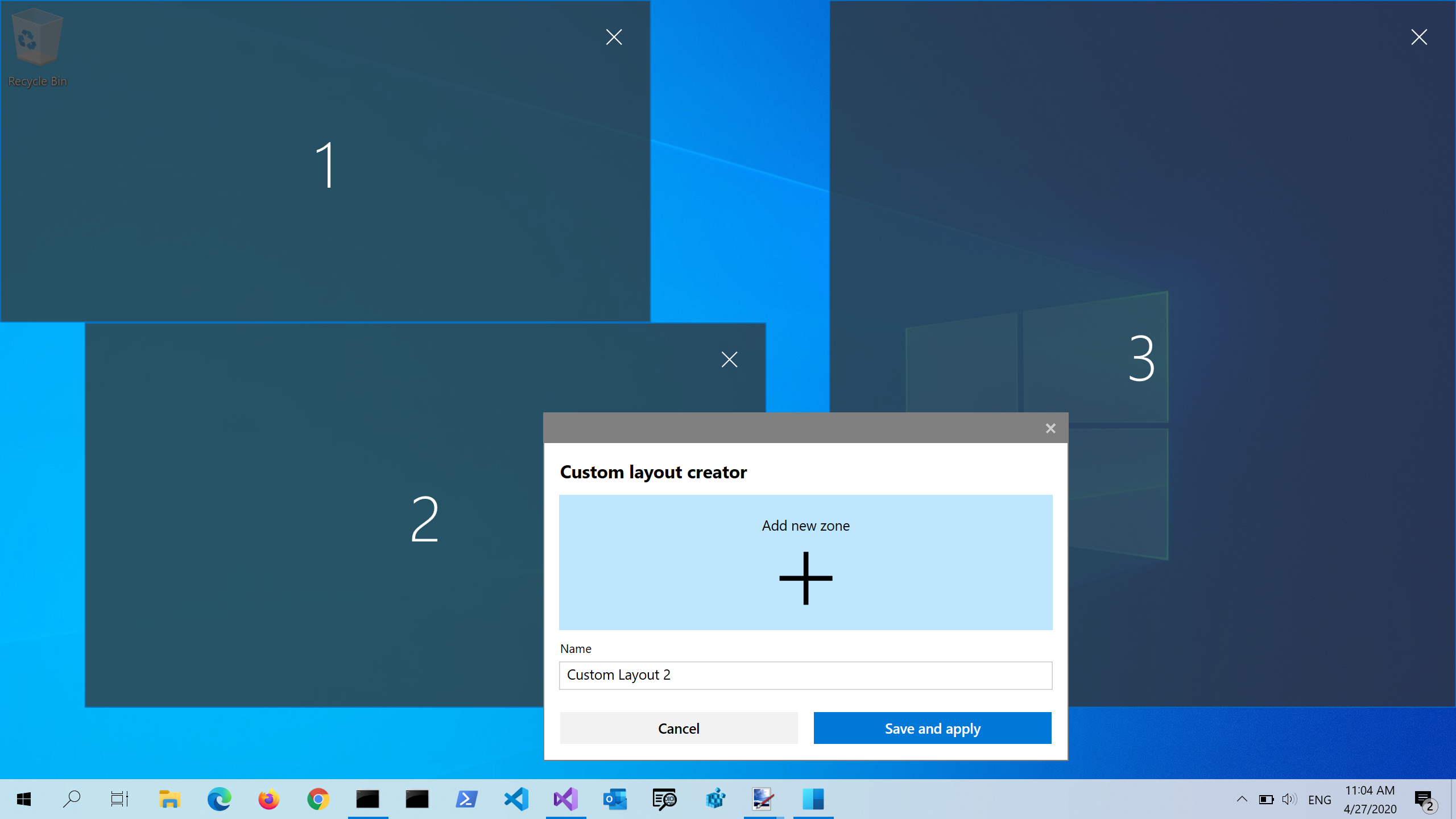 This app allows you to lay out your windows on-screen in a simple way.

Divvy is also available for Windows but since I use PowerToys, I don't need it on Windows.

This is an alternative to VSCode. Onivim is a powerful text editor (currently still in alpha) that runs on Vim but also provides a nice GUI with integration into VSCode extensions. Best of all, it's not based on Electron so it loads in less than a second and only takes up double digit megabytes of RAM. 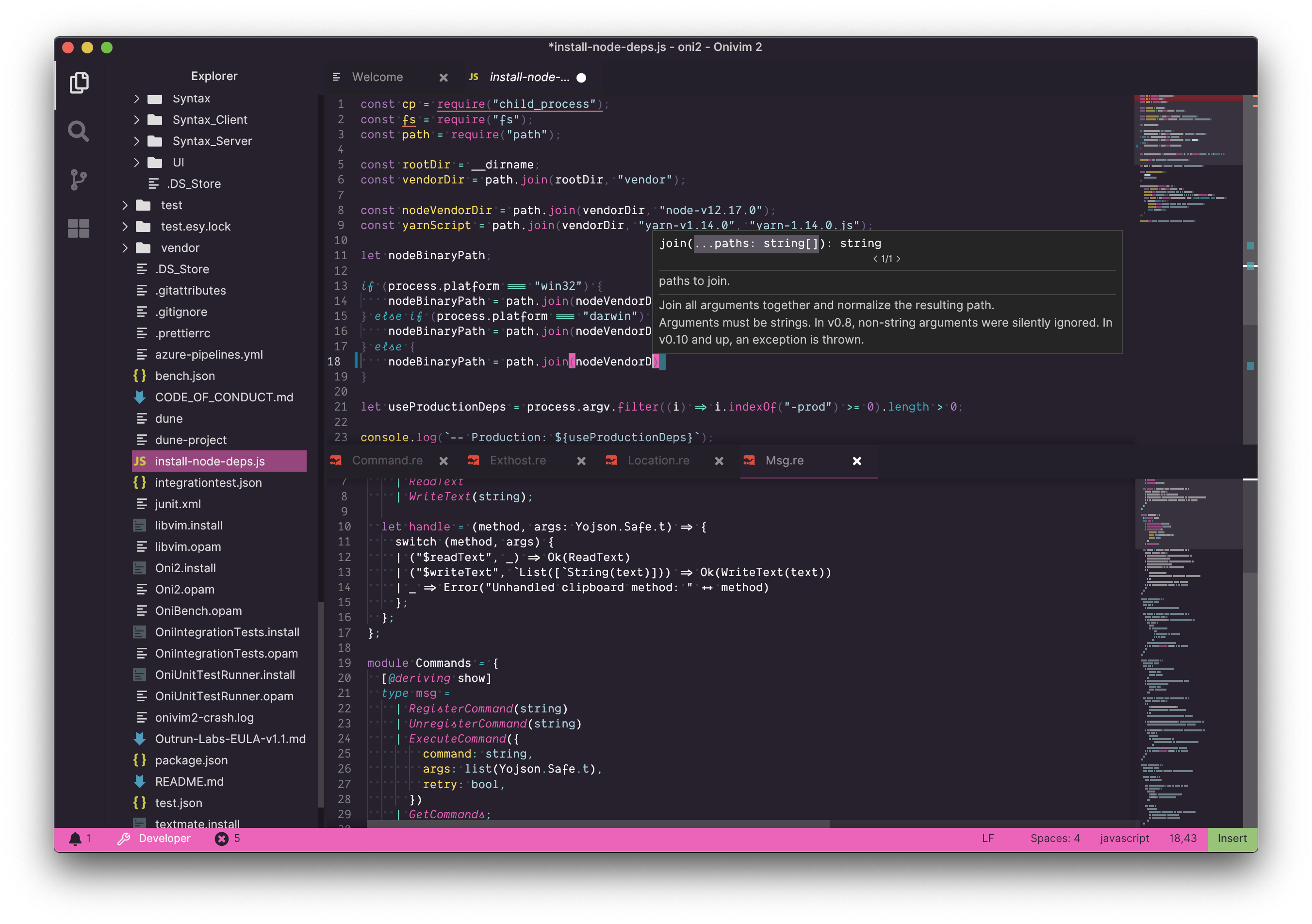 NewPipe is a lightweight YouTube app that has some features that make it very useful for power users. For one, it can go to 3x speed and save that speed for all videos automatically. It can also play videos and audio in the background which the official YouTube app won't let you do unless you pay for YouTube Premium. There are of course also no ads.

For alternatives, look at YouTube Vanced which sadly only goes up to 2x speed. This audiobook player is unique in that it connects to your cloud service like Google Drive or Dropbox and streams or downloads your books from there. It can be very useful if you don't have much storage on your phone. 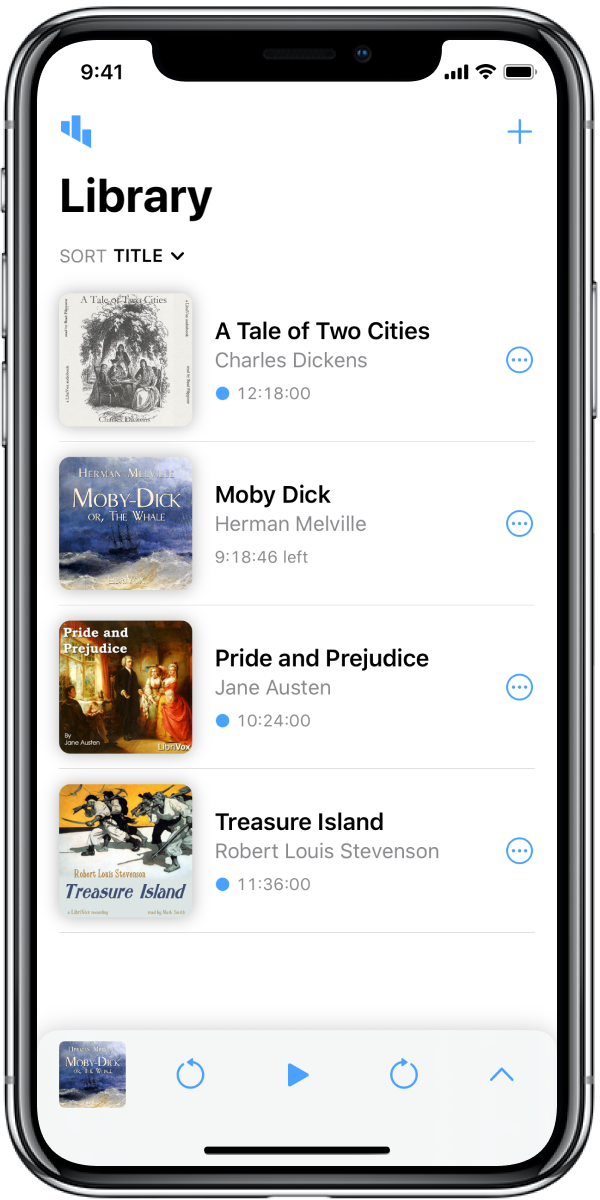 This should be the first extension that anyone installs. It's a very efficient adblocker that not only blocks ads but also other trackers that stalk your browsing online. It is remarkably effective and is not bought out by advertising companies like many adblockers, including Adblock and Adblock Plus.

Note that uBlock is not the same as uBlock Origin, the former is a malicious version. 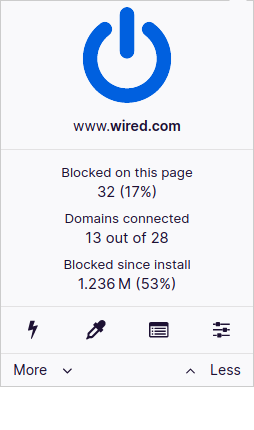 Love that Microsoft PowerToys are still around. Loved the virtual desktop and graphing calculator PowerToys in XP!

I haven't used Notepad++ in forever; nice to see it's still around and popular. What's your favorite thing in Notepad++ that you haven't found in other text editors so far?

Mostly its far more powerful than the default notepad. It's also much more extensibile via plugins - I like the integrated hex editor.

Two of my favorites on the Mac are Copy 'Em Paste (a clipboard manager, recently renamed "Copy 'Em") and Pop Clip a customizable menu that appears when you select text.

Ohh I used PopClip all the time for a while. Nice to see it mentioned again! What are some of your favorite PopClip extensions?

Other than search, copy and paste, "T" title case is something I use quite often. I also like Evernote, TextEdit and Drafts.

I've used a very simple clipboard manager for years and just downloaded Copy 'Em per your share @jeffcdo - what an amazing little app - thank you for the share!

— Twizzle for a tweet box in my menu bar (keeps me from going to twitter.com and getting lost in distractions)

— Fluid.app and/or Flotato for converting websites into standalone Mac apps

Thanks for sharing Twizzle! I used to use Wren for something similar, before Twitter's API changed.

ImageOptim is a lifesaver; speeds up work so much when making images for the web.

Which is your favorite of the tab apps?

It's funny that I cannot think of any app at first time reading this.

But then, I'll vote for Pocket Casts. A podcast player that does just that and very good at that.

You know, that fits!

What makes Pocket Casts the best for your podcast listening?

Gonna be mostly mac apps, but Yoink is my all time favorite, Paste for iOS and Mac clipboard management, and I recently rebuilt my own tool Serenity which is a must have for my own sanity (Yac.com/serenity)

I love that you build another audio app alongside Yac, this time almost for the opposite use-case!

I've never ended up using Yoink much. Do you mostly use it to drag files into full-screen apps, or am I missing a larger way to use it?

Dragging stuff into Photoshop is the most frustrating process, so that one use case might be worth giving it a shot if it can make it work more reliably!

Thought I'd put some of my favorite iPad utilities here, since Mac stuff got covered so well already:

Tot for short notes. I keep it as a slide-over app, so basically no matter what I'm doing, I can swipe in from the right of the screen and write down quick notes.

AnyFont to install extra fonts. There are a few other options now, but this gets the job done and has worked reliably for years.

Inspect to get something close to Chrome or Safari's Inspect Element on iPad. Invaluable for web design.

Figurative for a closer-to-native Figma app for iPad (though Figma does work ok in the browser, too, now that iPad has mouse support).

Paper is still my favorite for quick sketches. It manages to make your designs look reasonably good even if you're not an artist.

a-shell for a (basic) Terminal on iPad. You'll still need to SSH into a server to use full *nix in a Terminal, but this is a nice start and makes you hope one day we'll get the real thing, natively.

GoFullPage Chrome Extension: https://chrome.google.com/webstore/detail/gofullpage-full-page-scre/fdpohaocaechififmbbbbbknoalclacl?hl=en
- Want to share an email or landing page you're building? This will do all the scrolling for you, so you don't have to stitch together several screencaps

Aspect Ratio Calculator: https://andrew.hedges.name/experiments/aspect_ratio/
- If you're ever managing images in HTML, this will help you make safe adjustments without altering the image dimensions

WayBack Machine: https://archive.org/web/
- Let's you see what websites used to look like

Convert SFDC IDs from 15 to 18 characters: https://www.adminbooster.com/tool/15to18
- Useful for anyone in Marketing/Sales/Revenue Ops

Paparazzi will also do the screenshot-an-entire-webpage thing, fyi, and most browsers can do it in devtools

WayBack Machine is a lifesaver. I use it so much, especially for research say for our software inflation rate essays. Can't imagine the web without it. Easily one of my favorite websites.

Visbug is one of my top and most recommended extensions. It has helped me quickly visualize quick A/B tests on live pages, inspect elements, troubleshoot, and experiment with other site layouts.

Give power to designers & content creators, in a place where they currently feel they have little to none, by bringing design tool interactions and hotkeys to the browser

Oh wow, Visbug's info popover looks perfect. I typically use Inspect Element to check font/color/other core site info, but that'd be a much faster way to get the same info.

Yea it was created by Adam Argyle, a developer at Google Chrome who built it as an internal tool and decided to publish it as an extension because his team found it so useful! It's great!

Very cool—too bad they didn't just get it built into Inspect Element!

Tiny tools to share (I'm on a Mac most of the time so these are Mac-specific):

That's a great collection! What made Healthier better than other break timer apps for you?

Tried 3 or 4 of them. Healthier is just simple, easy and gives recommendations on what kind of stretch or quick exercise to do during the break. e.g. blink rapidly for 10 seconds, stretch your arm this way, etc. Now if I could ensure I followed the recommendations......!

@followupthen.com is a life-changing event.

Oh that's super clever. I've used similar features inside email apps like Spark and Superhuman to remind me to reply to emails, but love how this one is just built around date email addresses.

It becomes even more powerful when you include a little note from your past self explaining to your future self exactly why you "snoozed" the email. "Hey Josh, your capital one credit card payment for this amount (see email below) hits your bank account on 3 Feb, check on 2 Feb to be sure adequate funds exist."

And when you put it in the Bcc line it makes you superhuman, in that you can always ensure that whatever request you sent previously has in fact been responded to.

I did a little IG explaining that particular use case a little better, here: https://www.instagram.com/p/CDjHhApjLBW

That's a neat way of sharing tutorials on Instagram!

Context notes are the best, writing things down to remind yourself when you see it again. They're basically digital post-it notes, in a more useful way.

https://pushu.ps/, a progressive web app that helps you do an increasing number of pushups.

That's a clever idea! Does it keep your lesson progress saved between browser sessions ok?

It does indeed. As a PWA, it makes use of local storage to keep track of your progress without an account. I'm nearing 100 after a few weeks!

Neat! I've been trying to get back into doing a dozen or so each morning, so I'll have to give this a shot to work my way up. Thanks for sharing!

I've always had a fascination with trying out older software and tracing the roots backwards to s... 2 points
The community for
Raindrop.io
Notion
Figma
Superhuman
Dropbox
Google Drive
Pocket
Spark
Raindrop.io
power users.
Join in.
Learn more about Capiche.
You're in good company.

We're currently discussing Notion, Figma and 917 other software products. Join in the conversations: